Getting to Know: John Moore

Published by Jennifer Rogers on November 14, 2019

Professor Moore is a leader in chemical education. Through the Journal of Chemical Education, the Institute for Chemical Education, the New Traditions systemic initiative, and Project SERAPHIM, he has taught or organized more than 60 workshops for teachers ranging from elementary school through university level. He served for 20 years as a consultant to the American Chemical Society Committee on Education. He is principal author of the textbooks Environmental Chemistry, Academic Press, 1976, Chemistry, McGraw-Hill, 1978, Kinetics and Mechanism, third edition, Wiley-Interscience, 1981, The Chemical World: Concepts and Applications, Saunders, 1993, 2nd ed. 1997, and Chemistry: The Molecular Science, Cengage, 2002, 2nd ed. 2005, 3rd ed. 2008, 4th ed. 2011, 5th ed. 2014. He also has adapted the textbook Chemistry to digital format and it is now part of Chemistry LibreTexts. Professor Moore has won many awards, including: UW-Madison’s Van Hise Outreach Award (2016); Kolb Lectureship, Bradley University (2013); MERLOT Award for Exemplary Online Resources (2010): Braude Award, Maryland Section, ACS (2008); Pirelli International Award for outstanding multimedia work (2007); Benjamin Smith Reynolds Award for Excellence in Teaching Future Engineers (2003); Talbot Prize for Visual Excellence in a Textbook (2003); UW-Systemwide Wisconsin Power & Light Underkofler Award for Excellence in Teaching (1995); Upjohn Award for Excellence in Teaching (1993); ACS’s George C. Pimentel Award in Chemical Education (1991); James Flack Norris Award for Outstanding Achievement in the Teaching of Chemistry (1991); Catalyst Award of the Chemical Manufacturers Association (1982); and Michigan Association of Governing Boards’ Distinguished Faculty Member Award (1982). He is a Fellow of the AAAS and the ACS. Professor Moore was intimately involved with the Journal of Chemical Education (JCE) from 1978 when he became editor of its Computer Series, through 2009. In 1988 he founded JCE Software, and in 1996 he became editor of the JCE, a post he held until 2009. In addition to publishing extensively in the JCE, he has served as a column editor, developed much of the JCE’s ability to use technology effectively, and initiated new ideas such as composition of the Journal using desktop publishing software and digitizing all back issue for publication online. Since 1967 Professor Moore has been interested in effective uses of computers to support learning. In 1970 he was part of a team that developed a system for computer-based testing, he has pioneered the use of computer graphics in classrooms and textbooks, and he has participated in creation of a variety of multimedia materials including an online course on nanoscience and technology. He has developed computer-intensive classrooms, lecture halls, and laboratories and used them effectively in large-enrollment chemistry classes. He is currently involved in the final stages of design of a $133.1 M instructional facility at the University of Wisconsin-Madison.

Get in touch with Dr. Moore here.

Categories: Getting to Know
Tags: ChemistryLibreTextsOEROpenEdThe Future is OpenUniversity of Wisconsin MadisonYour text your way

Getting to Know: Xavier Prat-Resina

Happy Thursday, LibreTexts fans and followers! Today in our Getting to the Know the team series we’d like to introduce you to Xavier Prat-Resina. Xavier is an Associate Professor at the University of Minnesota Rochester Read more…

Getting to Know: Justin Shorb

Greetings, LibreTexts fans and followers! Today we’d like to introduce you to team member Justin Shorb. Dr. Shorb is an Assistant Professor of Chemistry at Hope College in Holland, MI. He received his Doctorate in Read more… 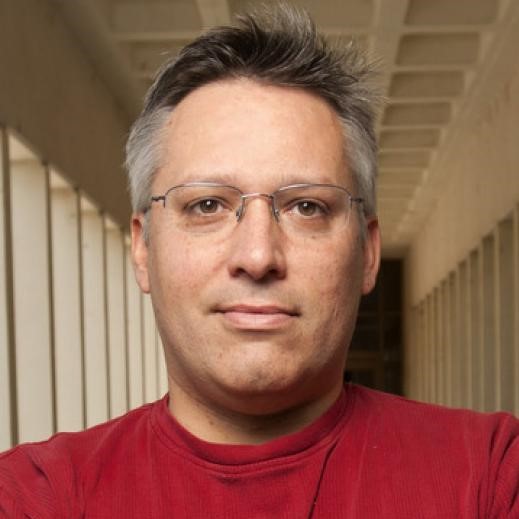 Getting to Know: Delmar Larsen

Greetings, LibreTexts fans and followers! In the spirit of next week’s OpenEd19 Conference, we’d like to introduce you to the man who started it all, LibreTexts Executive Director Delmar Larsen. Delmar Larsen is a Professor Read more…